Born & bred in Staffordshire, two beer-loving brothers Keith & Dave Bott (with uncompromising expectations when they order a pint) are at the helm of Titanic Brewery.

They decided the best way to ensure the beer was good enough was to buy Stoke’s brewery and run it themselves.

Even though they’ve been running the brewery for 30 years now & employ around 150 local people, Keith can still be seen regularly mashing in each morning at the brewery (if you’re up early enough to see, that is) and Dave is often building bars and painting walls in our existing pubs as well as new ones we add to the portfolio.

Brewed in the creative and industrial heart of the West Midlands

We are fiercely proud that our beer is crafted in Stoke, a place steeped in industrial heritage, most famously pottery. With Stoke manufacturers such as Doulton, Spode and Wedgwood being world-famous (you can always tell if you’re at a table with someone is from this neck of the woods because they’ll still turn over the plates and saucers to see who made them).

Pottery, as well as coal and steel came from here because of our location, both our transport links and what’s in the ground beneath our feet.

But Stoke excelled and continued to do so because of the inventive, industrious character of its people. You probably didn’t know this because we don’t like to brag, but Stoke’s produced its fair share of makers, inventors and creative geniuses (even if we’d never call them that to their faces because we don’t want them getting big-headed).

Keith sits on the board for the Burslem Regeneration Trust, he’s extremely passionate about the local area and it’s future so see’s the trust as a key part in creating positive waves for the Burslem community.

The aim of Titanic Brewery is really simple: the best things should be available to everyone. A drinker buying a pint deserves it to be the best pint it can be.

People work hard for the money they spend with us, so we should work hard to make sure their beer is perfect. If anyone ever returns our beers, we’re personally upset because it means we’ve failed. We’re proud that virtually no one ever does.

Sure, we’ve got loads of awards for our beers, and we’re very proud of them. But the measures of quality that matters most to us is something coming back to the bar and saying, “I’ll have another one of those please.”

We know the people of Stoke share this passion, because we drink with them every week. And we’re pretty sure that beer drinkers everywhere else would agree too.

Titanic Brewery brew in excess of 3 millions pints a year and the beers can be found nationwide in pubs, bars, bottle shops & other outlets. With 8 pubs currently in their portfolio, as well as a brewery shop and online shop, there are plenty of ways to get your Titanic fix! 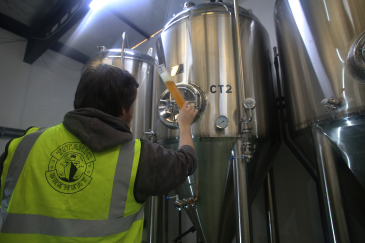 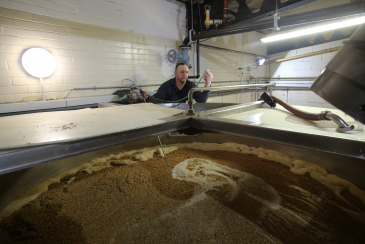